With all the food we have in the house I don’t really need to run to the store. I did hit the farmers market so will post about that later but just wanted to show you a few pictures of our farm. We moved our garden this year from one side of the farm to the other. I bought a green house, which we have to build this fall. We made a turkey house many years ago, but turkeys don’t use houses, lol so we decided to re-use it and make it into a new to us garden shed. It will be perfect for tools and the garden will be in a better place. 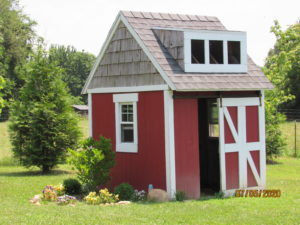 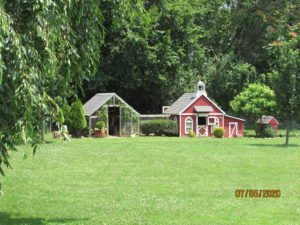 Here is my chicken coop. I just love it. We pasture raise our chickens, which means we let them out to run around our 10 acres and find bug, clover, flower or whatever to eat. We do have a space at the back of the coop that is fenced in just incase we need to use it to protect the chickens from predator’s or raise young birds.

The original part of the coop was a childs play house kit. I ordered it from a company in the Midwest and had it shipped to us. I took a few days to build, paint and get it set up with nesting boxes and roosts but it’s supper cute. The windows even work and this little school house has a working bell too. 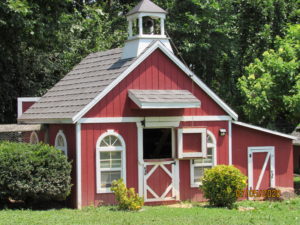 We added a run and pavilion made out of lumber and chicken wire. We sunk the chicken wire around the coop into concrete so no predator can dig under and get in. We also added an extension to the right side. After some trial and errors we found chicken to not be so nice to new or younger chicken or chicks. We made the extension so mommas with babies or young birds can be in the coop but separated from the adults. We do this until the young one are old enough and can handle themselves with the flock.

We added a small house to the right side. We call it the Snoopy house. It’s for broody hens who want to sit on eggs and have baby chicks. We do need to work on fixing it as the weather has been harsh and has broken some things down like the hinges and roof.

As for the fencing at the back, we are adding a three board horse fence which will be wrapped in wire mesh fencing to protect the chicken if we need to keep them fenced in for a few days. That is a project we will be working on this fall. We keep this fenced section and use it for two reasons. First, it’s used to house the young birds until they are big enough. The older chickens can be let out from the front doors and the back doors open into the fenced areas for the younger birds. If we get a fox that comes around for a meal we will lock all the birds up in the back fenced area to protect them. We lock the chickens in that fenced area for a few days until the fox moves on to easier pray. 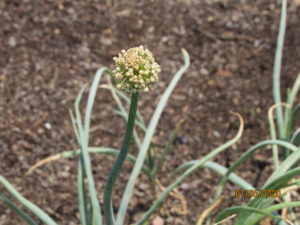 We bought a bunch of onion starters this year and planted them. We have both Red onions and white onions. They are getting close to being harvested for the year. 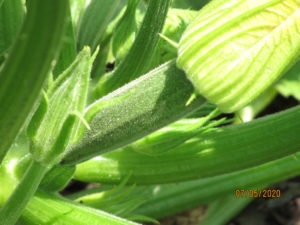 Zucchini. This photo was taken a few weeks ago so we are getting zucchini now. We also have patty pan squash (one of my favorites and they are so cute) yellow squash, butternut squash, and spaghetti squash. 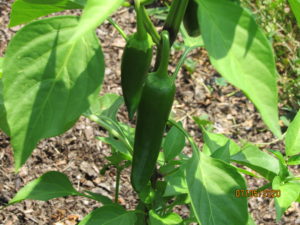 We have mix greens, arugula, butter lettuce and spinach. 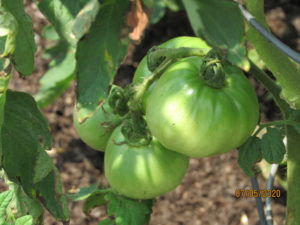 We also have an herb garden and have brussels sprouts, radishes, melons, watermelons, corn, strawberries, beans and sweet potatoes.

What’s in your garden?

This entry was posted in Farm2Table365. Bookmark the permalink.